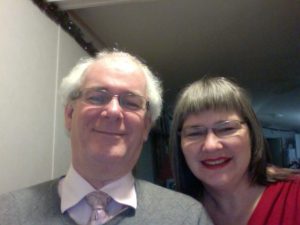 “A friend is more to be longed for than the light; I speak of a genuine one. And wonder not: for it were better for us that the sun should be extinguished, than that we should be deprived of friends; better to live in darkness, than to be without friends” –Saint John Chrysostom

There are other people I have known over the decades, however, who have also been dear to me. This blog highlights one of these people.

Every so often I think of a friend of mine from many years ago. His name was Jerry. He was a friendly guy with a great sense of humour. I remember he had reddish hair and freckles. As I look back on the years I remember Jerry made a lasting impact on my life. Although he was my age he was one of my teachers in life. It’s kind of funny what one may remember from years ago. I guess it is because some people may bless one’s life like a priceless treasure. For a brief period in time Jerry was one of those treasures.

Jerry was ill. When he told me he had leukemia I didn’t know what it was. I can’t remember hearing of leukemia before Jerry told me. He informed me it was a disease of the blood. Jerry missed a lot of school. When he made it to class I remember he was always happy. He liked to make people laugh. It was like a calling of his and he was good at it. Even after fifty years I can recall him laughing about something we saw as funny. For some reason I remember him on one particular time laughing hard with his mouth wide open. It was as if he wanted the world to hear his laugh. When Jerry laughed you just had to laugh too. He was a beautiful soul.

One day a friend and I had heard Jerry was sick. We missed him at school and so did other kids. My friend and I decided to go and visit Jerry at his home. We knocked on the front door of his house and his dad answered. We told him we came to see Jerry. His dad looked at us and told us Jerry was in the hospital and didn’t know when he would be home.

Something that happened is etched in my mind forever. It was a school day. Shortly after the bell rang for class the teacher asked we students to give him our attention. He then informed us Jerry had died on the weekend. He never made it home from the hospital. I remember our teacher looked sad. It must have been hard for him to make the announcement. The class was quiet. None of us knew what to say. My mind couldn’t grasp what the teacher said at first. When the news sunk in I realized I would never see Jerry again. That loud laugh we enjoyed together at school was the last one I would ever hear from him.

After Jerry’s death even as a boy of twelve I thought of how empty life can seem. Memories of people like Jerry remind me of what matters. I mean, what would life be without laughter or people like Jerry? Death can come so suddenly. I’m sure his parents and sister knew Jerry was going to die. I didn’t. Lots of children get sick but I never thought Jerry would die. I mean he was just a kid! He made people laugh. Along with other people in our class I liked being around Jerry. To me he died much too soon.

It is so easy to take for granted people we love and care deeply about. We can act like they will always be with us. Life, however, shows us a different slant on things. I’m not naïve. I know people get sick or become older and some sadly die. I am aware of my own mortality as well. That sobering reminder helps me to embrace with immense passion what really matters in life.

4 thoughts on “Jerry: A Reflection On Things That Matter”

This site uses Akismet to reduce spam. Learn how your comment data is processed.